Home » About us » Our Governing Body » Members

We’ve made important changes to our decision-making processes during the Covid-19 crisis.

The Governing Body meets regularly in public to make decisions about local health services and ensures that we have arrangements in place to carry out our work effectively, efficiently, economically and in accordance with principles of good governance. Dr Andrew Hodson has been a GP Partner in Brighton and Hove since 2005, and currently works in General Practice alongside his role as Clinical Chair.

He trained at Charing Cross and Westminster Medical School and graduated in 1997 with a BSc in the History of Medicine. He subsequently trained across a wide spectrum of hospital specialities before moving into General Practice.

Dr Hodson’s experience in practice and working with the membership has given him a strong insight into the needs of patients and the membership in the current challenging environment. It has also given him a passion for furthering the integration of care for patients in a tangible and meaningful way.

Andrew was previously the Executive Medical Director before he was elected by the membership into his new role as Clinical Chair in October 2019. Gill Galliano is Lay Vice Chair at Brighton and Hove CCG. Her previous role was Acting Lay Chair, NHS Coastal West Sussex Clinical Commissioning Group’s which she fulfilled for 21 months. Prior to this Gill was the Lay Member and Chair of the Finance and Performance Committee.

Gill worked in the NHS from 1982 until 2012; her last 18 years were in very senior NHS Board positions including Chief Executive, Finance Director and Commissioning / Operations Director.

She is a founding Governing Body member of a community Interest Company and runs her own consultancy and coaching business. Andrew chairs the Audit Committee and is the CCG’s Conflicts of Interest Guardian. He holds a number of non-executive positions and owns his own company providing interim executive and consultancy support in the public, social housing and not for profit sectors.

He is a fellow of The Chartered Institute of Public Finance and Accountancy (CIPFA), with significant experience in all areas of risk management, corporate governance, merger a​nd integration, regulatory compliance and stakeholder management.

After a career in finance, including executive roles, Andrew moved into general management and from 2008 to 2016 he was Chief Executive of Sutton Housing Partnership. In that role he oversaw the transformation in performance, increasing resident satisfaction and led the delivery of capital projects. Samantha Durrant has had a long career in both public and private sectors and specialises in Business Transformation.  Samantha’s last Executive role was for Mercer, a global consulting firm who provide client solutions across Health, Wealth and Career.  She was the Chief Operating Officer of the Health & Benefits Business.

Samantha joined the Disclosure and Barring Service (DBS) Board in April 2019 and chairs the Change Management Committee and is a Member of the Audit & Risk and Quality, Finance & Performance Committees.

Mike Holdgate trained as a Biochemist and worked for many years in the Pharmaceutical industry as well as for Bass Charrington the Brewers.

Mike also worked for over 14 years in Zimbabwe supporting communities to become more engaged in influencing the decisions made by local government in the development of their area. In 2002, Mike returned to the UK where he helped to set up the Scarman Trust, which became a national charity, developing their award winning Can Do Health initiative.

In his role as the Lay Member for Patient and Public Involvement Mike is committed to ensuring that all views are respected and that people are able to positively influence the decisions being made regarding health and care service provision in the city. Dr Charles Turton was appointed consultant in respiratory and general internal medicine in Brighton in 1981, and retired from the hospitals in 2009.

He served as Brighton and Sussex University Hospitals NHS Trust’s Medical Director from 1999 to 2005. He was a senior internal professional advisor to the Parliamentary and Health Service Ombudsman until July 2017.

His continuing medical interests are in patient safety and in learning from complaints and clinical errors. Jane is the Independent Member – Registered Nurse and is Chair of the Quality Committee and the ‘Freedom to Speak Up Guardian’.

Jane completed her nurse training at Addenbrooke’s Hospital and has worked as a nurse in the NHS for over 30 years. Jane has held a number of senior leadership roles covering safety, compliance, quality, risk, safeguarding, clinical governance and infection control. Nina Graham is the managing partner at Charter Medical Centre, where she has responsibility for all aspects of business management, including service delivery, planning and processes.

Nina has 12 years’ experience in General Practice, having worked at other practices across the city before going to Charter Medical Centre.

Nina was born and raised in Brighton and is passionate about delivering high quality health care for the local population. 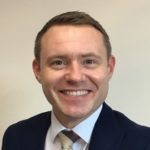 Adam Doyle is the Chief Executive Officer for the three clinical commissioning groups in Sussex and Integrated Care System Leader for the Sussex Health and Care Partnership.

Adam started his career as a physiotherapist and has held a number of senior healthcare roles over the past 13 years.

Before working in Sussex, Adam was the Chief Accountable Officer at NHS Merton CCG in London, where he worked from its establishment in 2013. Prior to this, Adam was the Director of Private Care and Community Services at The Royal Marsden NHS Foundation Trust. 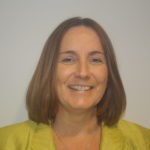 Karen has a wealth of experience in the NHS, starting out as a nurse and midwife for many years, and has worked at a local, regional and national level.

She previously worked as Chief Operating Officer and Deputy Chief Executive at Epsom and St Helier University Hospitals NHS Trust and Croydon Health NHS Trust and was Executive Director of Delivery and Improvement at Barts Health.

Karen worked on national programmes at NHS England, including the integrated care system development programme, and as Programme Director, directly supported the development of the Sussex and East Surrey Sustainability and Transformation Partnership.

Karen joined the Sussex Clinical Commissioning Groups in April 2019 and helped to continue the significant progress already made across the commissioning system. 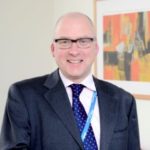 Chris Adcock has a wealth of experience, having worked in the NHS since 1997.

Allison Cannon was appointed to the post of Chief Nursing Officer in September 2017.

Allison has been a nurse for 30 years and has held a number of senior nurse leadership roles. She has also had leading roles in Quality, Safety and Safeguarding. Dr Tim Caroe has a deep commitment to the Eastbourne, Hailsham and Seaford area having moved here as a child.  He completed his medical training and graduated from Cambridge in 1997 and has also studied the business side of primary care, gaining a distinction in his MSc.

Tim has been a GP partner at the Lighthouse Medical Practice, a large two-sited practice in Eastbourne, since 2009 and was elected onto the Governing Body of NHS Eastbourne Hailsham and Seaford Clinical Commissioning Group as the GP locality lead for Eastbourne practices in 2015.

Tim was appointed as Chief Medical Officer in January 2020.

Elizabeth qualified from St Bartholomew’s Medical School in 1996. She worked in a variety of hospital jobs at Barts, the Royal London and Homerton, including as a staff grade in the A&E at the Royal London as part of the trauma team.

Elizabeth then moved to Brighton to pursue her GP career. Elizabeth has worked at Buxted surgery since 2003 where she completed her GP training, gaining her MRCGP. She became a partner and GP trainer in May 2010.

Elizabeth became practice Based Commissioning Chair for High Weald in October 2010, then High Weald CCG Chair, and was elected as Chair of High Weald Lewes Havens upon its merger in May 2012. Elizabeth successfully passed the Chair Assessment unconditionally in September 2012.

Elizabeth also has a BA (Hons) in Fine Art and a Postgraduate certificate in Education from the University of London (Institute of Education) to support her role as a GP trainer for the Kent, Surrey and Sussex Deanery.

Lola Banjoko started her career as a dentist, working in a number of oral and maxillofacial surgery departments in England and Scotland and obtaining the Fellowship in Dental Surgery from the Royal College of Surgeons England.

She gained an MSc in Health Services Management and made the switch to working as a healthcare manager. She has over 14 years of management experience working in senior roles at central London teaching hospitals, Primary Care Trusts, and at regional level.

Lola also worked in healthcare planning and delivery at the Organising Committees for the Glasgow Commonwealth Games and the London 2012 Olympic and Paralympic Games. Lola is actively engaged in Global Health, with a specific focus on Africa.

A key principle of our CCG is the openness and transparency we have between members of our Governing Body, our GP members and the local people we commission services for.

We maintain and publish a register of interests of the members of the Governing Body which contains declarations regarding any interests that they have which could impact upon a decision to be made in the commissioning functions of the group.

If you need any of our information in another language or in a different format please email us.

Find out more or adjust your settings.

This website uses cookies so that we can provide you with the best user experience possible. Cookie information is stored in your browser and performs functions such as recognising you when you return to our website and helping our team to understand which sections of the website you find most interesting and useful.

Strictly Necessary Cookie should be enabled at all times so that we can save your preferences for cookie settings.

If you disable this cookie, we will not be able to save your preferences. This means that every time you visit this website you will need to enable or disable cookies again.